Interviewing is a lot like dating. You put on your nice clothes. You're kind of nervous at first. "Will they like me?", "Am I smiling too much?", "Was I supposed to tell the story about the frog?", "Oh god, I feel something between my teeth, oh my god, OH MY GOD, CODE BLUE CODE BLUE FOOD IN TEETH FOOD IN TEETH WHAT DO WE DO".

Needless to say, it's difficult to stand in judgement of other humans, particularly with your career on the line! So, in an effort to remember and transfer the memories of interviewing, I'm recording my experiences with a variety of organizations here for posterity (read: Future Lucy).

NOTE: I won't be discussing any details of questions asked during the interviews, and will omit the names of anyone who interviewed me.

So, as I recently learned, the interview process for most tech organizations has three parts.

After the onsite, you're just waiting to hear back. Usually it takes between a week and a month, but if you haven't heard anything in 1.5 to 2 weeks it's appropriate to contact the recruiter you've been talking to and ask when you should expect to know.

I interviewed with Apple on a Monday in early January. You know those industrial parks you go to when your Comcast shit isn't working, where they have miles of rectangular concrete buildings where souls go to die? That's what Apple HQ looks like. I know, I know, they're building a new campus that's going to be the bestest tech campus in The World and Mars, but for now it's pretty subpar. There's nothing to see or do in Cupertino, so when I got there an hour early I ended up just going to Safeway and getting mouth wash. After checking in and hanging out for a while, the marathon began.

I ended up having 6 45-minute interviews with a lunch break after Round 2. Each interview was with two engineers from the team I was applying to be on, and overall I thought I showed as well as I could have. There were some engineers I instantly clicked with and really liked, and others that were much less inviting, but on the whole it was as pleasant as 7 hours of interviewing can be. More often than not the interviewing wrapped up early, and in asking their engineers about how they liked Apple it was clear that every engineer there drank the Apple kool-aid. Maybe this seems obvious since they work there, but interviewing at Apple made me realize how important Open Source Software is to me. I thought it was something I could take or leave, but sentences like "I enjoy the big reveals, a lot of times I have no idea what the final product will look like as we're working on it" or "I can't talk to my neighbor about what I'm doing" gave me literal chills. It's definitely for some people, just not me. There were also startingly few women at Apple, particularly in engineering roles, which was another big red flag for me. This isn't to say Apple's a bad place or company, just that it wasn't the right fit for me.

Google (Mountianview) had a beautiful campus. I got there ~2 hours early, and spent the whole time exploring sites like the Android Garden, little google shops, and generally wandering around. It's like it's own small, clean city with beautiful landscapes, an amphitheater, movies, shops, and so on. 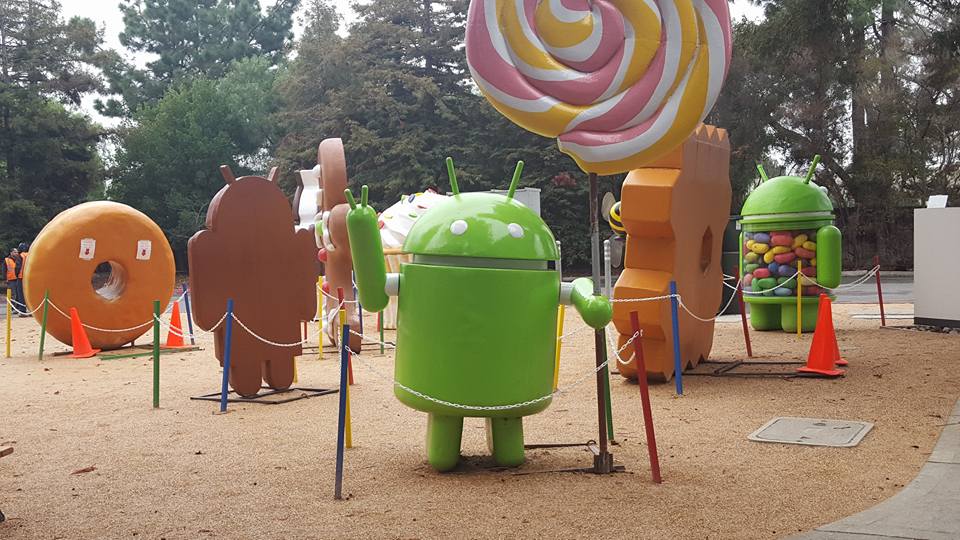 Once I was in the right place, the interviewing began right away. As I said, I won't discuss the details of questions asked, but the google interview questions were very fun to consider, reason about, and optimize. I found myself thinking about the questions over the next few days and trying to improve my answers, and at the end of the day found that I was energized rather than exhausted by the problems put before me. You can find some retired google interview questions online, but I will say that in my experience they're unlike questions asked by any other company. Use for fun or brain work, not general interview practice. The engineers were all very nice and interesting, and it was clear that each was passionate about technology and working at Google (of course). Though this was exciting as a soon-to-be graduate, it also hinted at how each persons life was Google, and seemed that culturally it would be very hard to have kids or real hobbies outside of work. I know this is something they are working on, and can't confirm that this is culturally true, it was just the vibe I got during my very short time there. 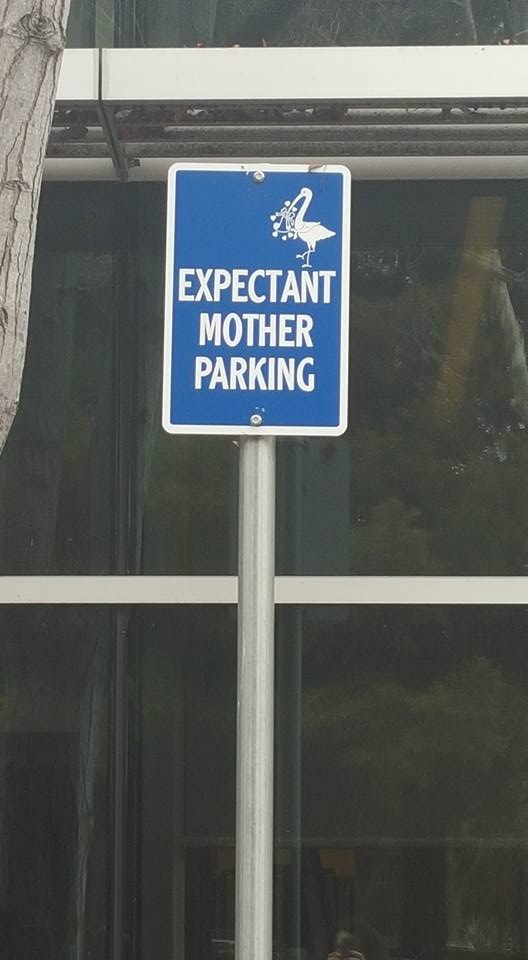 This onsite consisted of 4 hour-long interviews with a lunch break, each interview being one-on-one, which I found much more manageable than two-on-one. The interviews were very directed and structured, which I really liked, and left plenty of time for me to ask questions of my interviewers. It's also worth mentioning that my interviewers were diverse in terms of race, gender, and age, which was refreshing. Once I had finished, I was on my way! Google has a very nifty interview process, whereby a committee reviews your interview based on notes the interviewers take in order to minimize any biases the interviewers may have. The committee then determines whether to hire you or not, then once you're hired they place you in a department or project you're interested in. So you don't interview for a particular position, and you're not competing with other brains for the same job: it's just a matter of whether you're up to snuff.

Overall I had a really good time interviewing for Google, and despite not getting the job consider it a great experience.

I didn't get as far into the LF interview process, but want to write about it because their code challenge consumed my life for a solid week. This is mostly my own fault: the challenge was to create a site using Drupal, which I have ample experience doing, and so as a challenge I chose to use Drupal 8 instead of 7. Never. Again. Drupal 8 has some great and cool features, namely better templating. But it's not well documented, not widely used, and is way different from Drupal 7. I was in way over my head, and honestly spent probably close to 50 hours on a project that was supposed to take 8. I'm sure some LF folks will read this and chuckle, but it was an emotional technical journey that I'm glad I took. As arduous as it was, it feels strangely pleasurable to get sucked into a project like that, and I learned a whole lot about Drupal. This doesn't really reflect LF at all, but I guess can be taken as a lesson regarding how great interviews can be regardless of whether you get the job? Or something. I just thought you all should know.

I won't go on about how much I enjoyed interviewing at Puppet. I interned there the previous summer, so much of that enjoyment was in seeing old friends and getting lots of hugs. I also know that raving about stuff sounds cheesy and fake like squeezy cheese, and this blog post is not about squeezy cheese. Barf.

Puppet's interview was 6 45-minute interviews, each with 2 engineers from the team I would be working on, and including a one-on-one lunch. The interviews were pretty standard stuff (tell us about yourself, answer technical questions, etc.), but in interviewing my interviewers it was clear that Puppet prioritized having a life outside of work. Most people had kids, and everyone had a variety of hobbies as well, from motorcycling to painting to construction and so on. I know work-life balance isn't a key word for everyone, but for me personally it was a huge relief to know that I wouldn't be expected to work 60-80 hours/week and could pursue other interests after hours. Puppet 100% won on diversity as well, with a wide variety of races, ages, and gender non-binary interviewers. All in all, it was a really fun day, and cemented for me that Puppet was the right place for me.

I'll emphasize again that I'm very biased, particularly since I accepted the job at Puppet and had worked there previously.

I started looking for a job in mid-November and accepted the position at Puppet mid-March. Finding a job is hard, even as a fully-qualified, young, white woman with years of previous work experience. Not only is it hard to get an offer, but it's hard to research companies you're interested in, optimize your resume, apply, hope, schedule calls, take time between classes talking to recruiters and engineers for hourse, fly or drive offsite for a full day of interviews, hear "We're sorry but..." over and over and over. I have to admit that I was expecting the interview process to take time, but underestimated how much energy and emotion and effort it would take. I've learned a lot about the job market, about what I value and need in a career, and about where I stand in comparison with my peers. But I'm also thrilled with where I landed, and could not be more excited to start working at Puppet this summer. I wish anyone reading this before job searching good luck, and hope that your experiences are enlightening if not fruitful.

That's all she wrote, folks. Contact me at wyman[dot]lucy[at]gmail[dot]com if you have questions or comments.